In restoring the lost six holes at Ratho Farm, the challenge has been to retain the golf course’s heritage, whilst delivering an enriching experience that is relevant to the regular modern golfer; with modern equipment bombing tee shots 50 per cent further than when Ratho Farm was first played over 150 years ago.

This has proven easier than expected for the design team of Neil Crafter & Paul Mogford, thanks to the rating of some original short par fours (200-230 yards in length) into a strong set of three long par threes among the five. This balances the shortening of par fours and reachability of three of the five par fives for many with their graphite shafted, titanium headed drivers and ProV1 balls.

What is really fun, is that today’s length around Ratho Farm invites temptation again and again. It appears irresistible to hit speculative long irons, hybrids or slashing at fairway woods to reach green-sites originally positioned to be laid up and pitched into. Members, visitors and even Ramsay couldn’t have imagined the apparent advantage that shorter hitters, or those restrained with hickories, have; as they play the course safely to take solid pars and easy bogeys. Whereas the scratch marker’s card is dotted with double and triple bogeys, among the birdies and perhaps an eagle.

The success of the completed layout has had an early indicator; in the recent Aus Golf Museum Highlands ProAm, with 31 PGA Professionals around the full 18 holes; four winners were tied on 66 (4 under) and none of the PGA Pros shot over 75. That is one of the tightest scoring ‘spreads’ on this year’s PGA Calendar.

Like Prestwick in Scotland, the layout used to be twelve holes. Starting from the homestead, six holes ran north of the shearing shed in a paddock, and six holes ran south towards the village, before returning near the homestead’s back door. The southern six holes became redundant for nearly half a century. Three were abandoned when play was resumed after the Second World War as the club conformed with the country golf standard of nine holes. The other three holes were ploughed under in the early 1980s when a road and bridge were redirected alongside the old first hole. The ensuing government compensation was used to build three new holes, namely The Dogleg, Up Th’ill Hole and The Highwayman Hole. But many locals, and even video footage, recalled the character of those lost six holes.

Before
Resurrecting these lost six holes was one aspect of the restoration. The other was the reinstatement of several quirky but fun features on the remaining original holes. As well as bunkers, ‘hazards’ such as hedges, vegetable gardens, rock walls and sheep yards all came into play! In addition, the fences surrounding each green used to be removable for big open events, giving the golf course a totally different look and feel for a few days each year. These elements have all been reinstated, with the exception of the homestead vegetable garden (to be re-established on RHS of LetOutPaddock Green) and rock walls (to be reinstated on Pines hole).

Guided by old maps, scorecards, photographs, and local legend, the accurate restoration of the lost six holes stimulates and challenge today’s longer hitters, in spite of the comparatively short length of some holes. The openness of the ‘paddocks’ provides the width to offer a variety of routes from tee to green, and the resurrected greens reward only the deftest touch in approaching the pin. The timeless appeal of great short holes appears to be enjoying greater appreciation today, and Ratho Farm is packed full of tremendous risk-and reward shot making decisions. 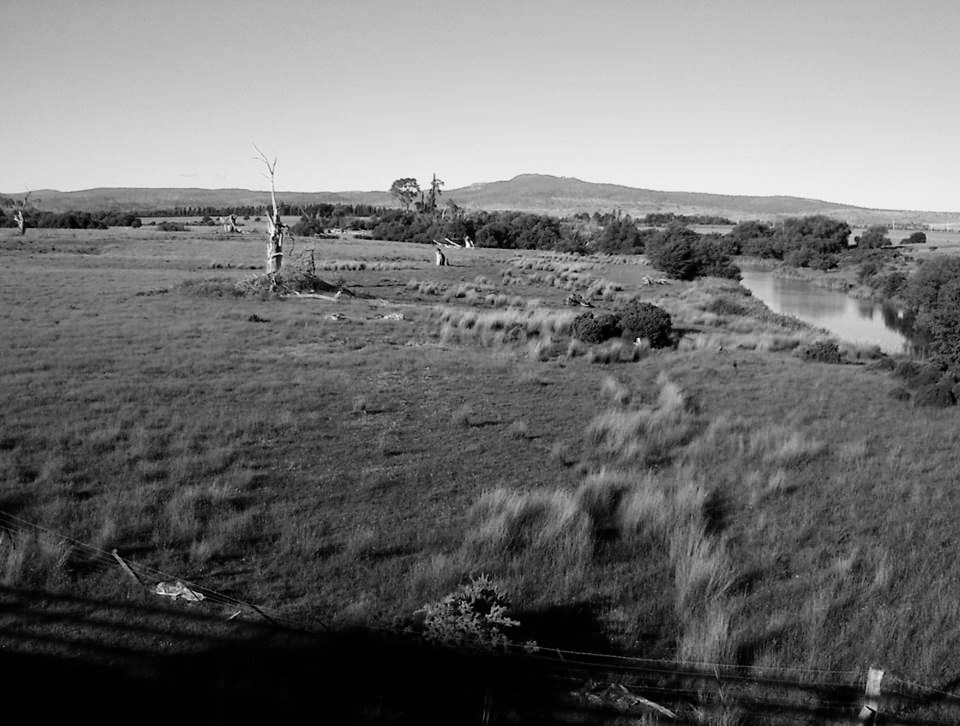 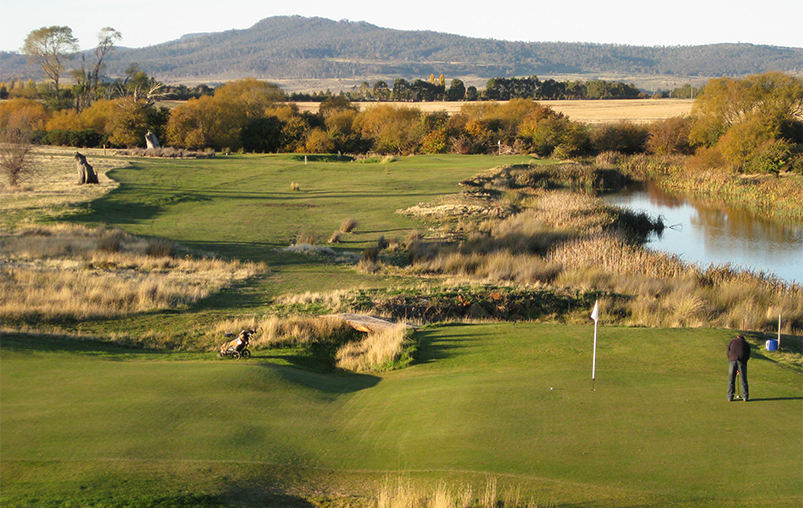 ABC Television covered the opening of the new holes.

We will also unveil in April, six new holes to complement the reunited twelve holes to make a full eighteen-hole round. Like the originals, the new holes will be maintained by sheep and feature fenced square greens mown from existing contours. The selected routing and green sites for the new holes complement the twelve original holes in their natural simplicity.

Just as St. Andrews has had to endure the advance of modern equipment, Ratho Farm exhibits the purity of great golf holes and nature’s own defences, which stand the test of time. Restored thoughtfully and tastefully, we believe Ratho Farm has the potential to become something of a national pilgrimage for Australian golfers to learn about the origins of their favourite pastime.

This will see the role of the Ratho Links turn full circle. From its original application when it first brought together the new settlers of Bothwell to enjoy their shared Scottish heritage, to once again being an important contributor to the local community as a major drawcard for the region.

Who knows, perhaps Ratho Farm host the 2022 Australian Open to celebrate 200 years since the arrival of the golfing Reids from Scotland!